A new theatre company that strive to succeed in the theatre industry by creating opportunities not only for ourselves but for other likewise artists to continue to create on a regular basis.

A new theatre company that strive to succeed in the theatre industry by creating opportunities not only for ourselves but for other likewise artists to continue to create on a regular basis.

"Complicated…a couple are in the throes of young love. Meanwhile SHE always has a hard time, every guy has made HER feel worthless, as SHE sits in reveries and day dreams, wondering when to make HER move!" We have collaborated with a director and actors , we have created our first devised play called "Her". we are currently working with Park Theatre in Finsbury Park ,North London. In continuing our development of our current production we are holding a rehearsed showing to an invited audience, this would lead to a full production run on stage in the summer the following year. We would like to use this opportunity for the invited audience to get a true insight of our company and our production. We rehearse once a week and create scenes by improvising and writing. We have started regular on-going drama workshops for children and adults who are intrested in drama, as a way of giving back we felt we wanted to share our knowledge of the performance industry within the community.

I believe we are the best company to achieve this because we provide a regular space for people to open up, communicate with others and build confidence. The outcomes I would like to see for this project are: to inspire and motivate people to work together to create their own projects, to get the community to connect and inspire one another, and to reduce local crime rates by providing a safe outlet for people’s pent-up energies. In order to assess how this project will run we will use feedback forms at the start, middle and end of the project to track what people think and feel how it’s working for them. This project will be sustainable as we will be constantly involving different artists in different fields to appeal to the diverse interests of the public, e.g. actors, dancers, directors, sound technicians, visual arts, lighting technicians, etc. We are creating our play with the goal of being performed throughout all of London, to showcase our talents to theatres and film directors


Born To Create is a platform of all artist to collaborate on a regular basis to continue grow in the field. Born to create hopes that working as a collective will be a great platform for creatives and those in the community to have a successful career in the performing arts industry. In return Born to create will be running regular drama sessions for children and adults who are interested in drama. These sessions will work on a 12 week programme where attendees will have the opportunity to showcase thier work on a local professional stage. 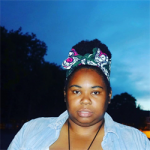 I started performing from the early age of 3 years starting with African dance then moving on to other forms of dance when she got older.

At the tender age of 13  I signed  up to theatre classes to help  with my confidence, i became a member of Hackney Shed theatre and was a member until i was 18 then became a practionner for the company for the next year.

Whilst i was at Hackney Shed i realised my  love for acting and joined on to Hardnock Productions, WAC Arts College, Identity Drama School, The Write Network, Anna Scher Theatre, Higher Level Theatre and MeWe Arts and others.

In August 2009 i had the opportunity to be involved with a new theatre company Hearty productions where i had one of the main roles in their musical “Hey Sister” performed at the Edinburgh fringe festival.

i have  performed around London, U.K and Europe.

i currently teach drama for Amberliegh children’s charity and at park theatre.

When i  was 16 years old she discovered she is dyslexic and realised her struggle with reading and writing was more than her feeling she was stupid she just had a different way of understanding.

In December 2015 Dyonne had an idea to create her own theatre company combining her love for acting and writing, she felt that as an actor she found it tough for actors to have regular work so she decided why not create her own getting likeminded actors, writers and performers to band together and create their own work and perform it to the general public on a regular basis and get paid for their craft.

Dyonne has also set up community classes for anyone who wants to act professionally or just take classes as a hobby, these classes run on a weekly basis.

Dyonne plans to collaborate with dancers, new authors, singers and musicians in the future.

Project Owner: Dyonne Josiah The Project Owner takes legal responsibility for receiving and spending the funds raised and ensuring the project is delivered.