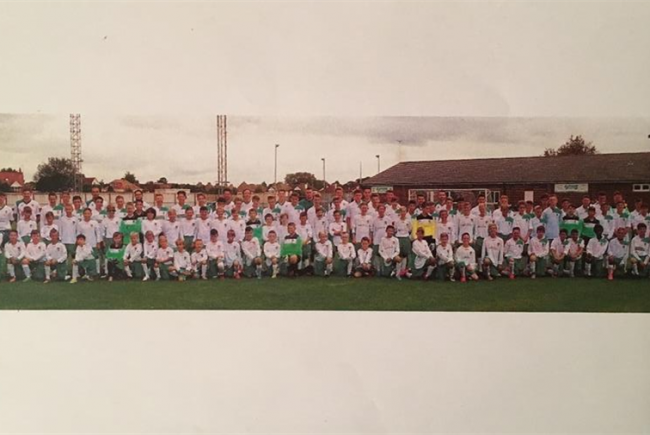 Bognor Youth FC has been established since 1997. We currently have 30 teams ranging from U7 to Over 50's (walking men's football ) registered with our club, approx 400+ players. We have several pitches at our home ground and urgently need to replace 2 sets of goals that are dangerous and no longer meet health & safety regulations. Without these goals we will struggle to accommodate all our teams this coming season. The new goals will last for 10 yrs+ and are an investment for the future of the youth club. Funds could be raised by increasing the annual player subscription but as a club we appreciate that parts of Bognor are considered deprived areas and families do not have the financial means to pay extra fees. We do not want players not playing sport because they can not afford the registration fee and therefore rely on grants and funding to keep costs to a minimum for our players. We are an inclusive club, open to all age groups regardless of ability, race or gender.

In the last few years we have seen the steady decline in the number of teams playing football from the age of 15 and above - especially the U18 category. We understand that adolescence and the pressures of secondary school play a part in this, however we want to get young adults active & playing sport and reduce the amount of time spent on social media and gaming consoles. Our qualified coaching staff aim to support these children through their 'challenging' years. The experiences of our existing players, shows that being part of a local sporting team, has both structure & discipline, helps reinforce positive role behaviour. The benefits of this are felt not only by the players but also their families and wider community with whom they come into contact In addition to this we have a Walking Mens football team (over 50's) and are in the process of setting up a veterans team for the over 40's. Some have used this opportunity to kick start a change in their lifestyle (diet & exercise).


Our aim is to give players the opportunity to develop their interpersonal and coordination skills using football as the medium. At the same time getting regular exercise, building self-confidence, establishing new friendships into adulthood and hopefully having fun. We also have a large girls football academy of 90+ players that train on a weekly basis.

We are a non-profit organisation and affiliated to Sussex County FA and adhere to The FA Codes of Conduct and Respect Programme.

Our managers & coaches are all volunteers who give up their time freely and are DBS checked.