Targeting the Nitrous Oxide problem in east London "TOSS YOUR NOS" project aims to build a "NOS BOX'" where discarded canisters are collected, up-cycled and re-used while highlighting awareness.

Targeting the Nitrous Oxide problem in east London "TOSS YOUR NOS" project aims to build a "NOS BOX'" where discarded canisters are collected, up-cycled and re-used while highlighting awareness.

Nitrous oxide has plagued the streets of East London for years now. NOS use is the 2nd highest drug used in the UK for 16-24 year olds and is the 10th highest drug in the world. Sitting in a grey area - NOS is perceived as not being dangerous or harmful. Normally taken as a plural drug - it is the top environmental polluting drug. Often taken in clubs, festivals, from cars and in outdoor spaces - the metal canisters are thrown to the ground. Festivals such as Galstonbury have banned NOS due to subsequent problems with littering. Tower Hamlets has the highest drug usage across London - from its  nighttime economy to local residents - Nitrous Oxide has become part of the ubiquitous landscape of East London. The project aims to clean up the streets and draw attention to this issue by creating NOS BOX - a place where canisters can be deposited for re-build, upcycling and collection.


The project is at its infant stage - NOS BOX & "TOSS YOUR NOS" project is founded by Michelle Lowe-Holder partnering with designer Peter Nasielski, Robin Lockhart Director of Catalyst In Communities , Francesco Mazzarella of ReGo Project, Spotlight Poplar Harca and Cam and Edzai Communications. NOS BOX 1 - will be launched at the Darul Ummah Care Center in collaboration with Jamiatul Ummah School & Darul Ummah Masjid in Shadwell, Dec. 2022. Sponsored by Tower Hamlets and built and designed by Peter Nasielski - this will launch the "TOSS YOUR NOS" message and begin our recycling campaign of nitrous oxide canisters to re-use and build more boxes. By way of example - the project hopes to demonstrate material value and to bring attention to littering and environmental awareness. The project accepts that Nitrous Oxide is dangerous drug and does not support , glamourise or encourage its use. "TOSS YOUR NOS" aims to bring about positive change and empowerment to our local communities. 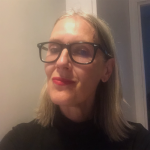 Having lived in East London for over 25 years I have personally seen and lived around the NOS explosion in recent years. I have been involved with projects around Nitrous Oxide since 2015.

In 2018 I created an exhibition with a co-hart of aritsts shown during London Design Week , The V&A Museum and Mayor Khan highlighting the environmental impact of NOS on residents.

In the past 2 years I have researched and worked collaboratively with Central St.Martins UAL / Daral Ummah Masjid / Jamiatul Ummah School and furniture designer Peter Nasielski to create our first NOS BOX - to be installed in early October 2022 at the Darul Ummah Care House.

We hope this will be the start of many "NOS BOX" - to begin to clean up East London - demonstrate how recycling can help the environment and create a better place to live.

so "TOSS YOUR NOS"

Project Owner: Catalyst In Communities The Project Owner takes legal responsibility for receiving and spending the funds raised and ensuring the project is delivered.